First, you need to decide on the quality of light. A solar led light for street should give off a uniform amount of light. It should be able to illuminate a large area and provide good visibility. The brighter the light, the better. It’s important to look for LED lights with high lumens, so you can see clearly. They also come with a high-quality LED lamp, which uses High Lumen technology to increase efficiency. 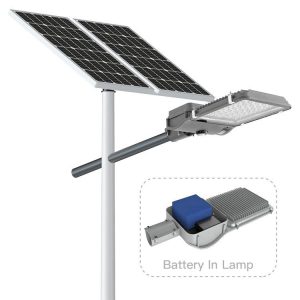 A solar LED street light has an IP65 waterproof rating. This protects the lights from strong rainfall, dust, and pollutants. Unlike traditional LED street lights, you don’t need to worry about power shortage. It also has a long battery life. An LED-powered street light can give up to 18 to 20 hours of illumination. A solar panel with a high capacity battery can last up to 20 hours, depending on the weather.